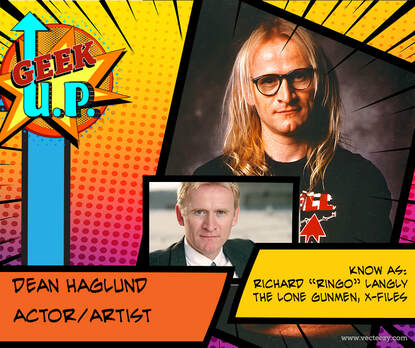 Dean Haglund
Dean Haglund is know the world over as "Langly", one of The Lone Gunmen, a role he played for nine seasons on the hit Fox TV series The X-Files and its spin-off series, The Lone Gunmen. Dean's recent television appearances include a guest-starring role on Bones and as the host of seven-hour Ghost Adventures — Live for the Travel Channel.

His additional television credits include V.I.P., Sliders, Home Improvement, Honey, I Strunk the Kids and The Commish. His feature credits include The X-Files: Fight the Future, Face of Terror (with Rick Schroeder) and Spectres (for director Phil Leirness), as well as the forthcoming sci-fi adventure Atlantis Down and the forthcoming ensemble gambling drama Rough Hustle.

A long-time improvisational comedian, Dean got his start in the renowned Vancouver Theatre Sport League, has performed with the Groundlings and Second City, has headlined numerous comedy clubs throughout North America and is a regular performer at the Improv in Los Angeles. For the past few years, Dean has toured the world with his one-man improve "X-Files" show, playing to sold out houses and rave reviews, as well as appearing at countless sciences-fiction, paranormal and conspiracy conventions and events each year. As a writer, he has penned Never a Dull Moment for Canadian television and the Dark Horse comic book The Lone Gunmen. Along with Phil Leirness, Dean co-hosts a weekly podcast. 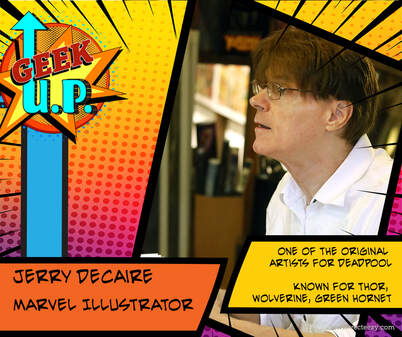 Jerry DeCaire
Gerald DeCaire, an illustrator for several Marvel Entertainment comic book publications, will be bringing education to the world of superhero by presenting a live drawing demonstration during the GeekU.P. event! You will see a Power Point presentation, which engagingly and humorously shows how students's core subjects help the artist create a comic book superhero, and then you will see all of the artist's knowledge come together in a real-time demonstration of Jerry's drawing techniques in a live performance.

Jerry will then give away the demo drawings to the audience for free.

You can see DeCaire's mathematical approach to drawing in a recent library exhibition in Onaway, Michigan - a presentation that has been presented to over half-a-million students all over the US since 2012 in major cities like Chicago, New York, and Los Angeles. DeCaire will also be giving out advice to enterprising artists and is open to any questions coming from the public. 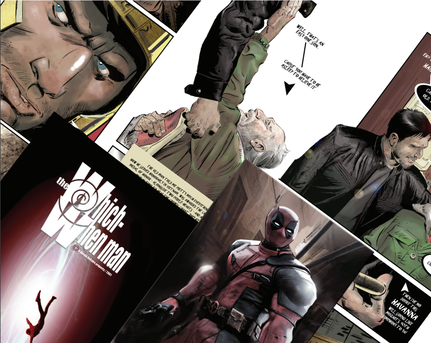 DeCaire will have prints of his work available and will accept any commissioned work on the day.  He will also be presenting, for the first time, his first solitary creation to be released in 2020, “The Which-When-Man.”©  See his publications list and new productions at decairedesigns.com.

DeCaire’s work for Marvel Entertainment began in the nineties with back-issues being more recently released in several trade paperback and hardcover books.  These books include: Deadpool Omnibus Beginnings, Wolverine: Weapon X Unbound,  X-Men Epic Collection: Mutant genesis, and S.H.I.E.L.D.: Hydra Reborn. The artist’s work has been published in over 38 countries worldwide which has drawn the attention of ‘Fantasy Art Magazine’—China’s widest distribution magazine of its genre.

DeCaire is, not only creating the Which-When-Man, but is also writing and illustrating a ‘How-To” book on drawing superheroes and a coffee-table format book on consciousness – “God’s-In-Men,” which will feature the life experiences of # 1 bestselling author, Eben Alexander.

She holds a Masters of Classical Acting from The Royal Central School (RCSSD) in London and a BFA in Theatre Performance from Concordia in Montreal. She has also studied acting at MXAT (Moscow, RU) and NTC (Denver, Co). Before attending drama school, she trained for years as a competitive ice dancer, and held the title of Quebec Sectional Champion.